So Many Islands, So Little Time...

We had to do something to get over the sadness of having Cooper go back to school.


Our empty nest was too much to bear.

That's our story and we're sticking to it.

Enter stage left: The Maldives (Google it, but don't blame me for adding another thing to your bucket list).

We found some pictures of this country of islands about five years ago, but could never make the travel plans work out.  Suddenly, though, we are in Asia and getting there requires only four hours by plane, so Voila! our latest wish fulfilled!

There is absolutely nothing to do in the Maldives if you don't like to swim, read, snorkel, dive, or eat.  If you like those things, that is all there is to do.

Some people do not find that a good recipe for a vacation, but Swim, Read, Eat should probably be our family motto because Ted and I find it spectacularly easy to do, and do well.  After nine days, during which our most difficult decision was "shrimp or chicken", we were relaxed, happy, and ready to take on the real world again.

There is certainly a culture specific to the Maldives, and the people who do not value sloth and hedonism actually go and try to find it, but in reality a country of small islands and atolls that is pushed from all sides by the India, Africa and Asia has a hard time maintaining an identity all its own and no place to showcase it anyway.

So yet again, we spent our time not expanding our minds and not learning a damn thing, but boy did we have a good time doing it.

I have nothing to show you except vacation pictures.  So if you are tired of those, you can stop reading now, and thank you for coming.  :-)

Ramadhan, Bismillah, and Me 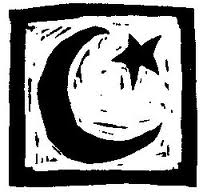 Travel is broadening.  Living abroad is travel cubed.  One of the biggest joys and biggest challenges of living overseas is the immersion in local culture and tradition.
In Indonesia, I have not had as many opportunities to jump into the local culture as I would like, but for this special month there is no avoiding it- even for the people who desperately want to.

In any case, this year August was the holy month of Ramadhan (it's dependent on the moon).  There are many spellings when a language changes alphabets, so take your pick but they all spell the same traditions.
During the daylight hours in the month of Ramadhan Muslims are exhorted to fast, abstain from music, smoking, fighting, and lust.  They are encouraged to be generous, commit to the five daily prayers, and reflect.
No sex during the day.  No water, no food, no nothing.  And the Q'uran asks that you do it with gladness in your heart and with love for Allah.


This is not a religion for sissies.
Indonesia is not a hardline country like Saudi Arabia, so one would be forgiven for thinking that Ramadhan would be a simpler affair here, but this is a serious time for Muslims and the celebration affects everyone, Muslim or not, for the entire month.  It's an incredibly complicated and involved ritual and there is so much more to it than I could explain in this format, but suffice it to say what I experience is a fraction of the real purpose of the month of Ramadhan.
The nightmare traffic becomes surreal because everyone in this city of 20 million tries to get home to be with their family when they break fast.
The Q'uran explains that when you can see the difference between a white and black thread in a dark room, your fast begins.  Presumably when you can no longer tell the difference, it ends, although in practice people simply listen for their local muezzin call to tell them what up.
A few times in August, Ted abandoned our car and driver and walked the last mile or so home.  On at least one evening, our driver pulled in the driveway a full hour after Ted bailed.

That's one hour, for one mile.  Try to wrap your mind around that kind of traffic jam.


Restaurants cover their windows to avoid tempting those who are fasting, which is kind, but can't mask the smells of grilled meat, wood fired pizza, etc...
Bars often close for the month to avoid violence and vandalism from extremist groups who decide everyone should participate, Muslim or not.  Even though this is officially against the law and the perpetrators are 'warned', we have noticed that this group of thugs pretty much does what it wants while the Indonesian police and local government wring their hands and whine.
The bars that do stay open are the ones with fairly extensive menus, making them more like restaurants.  To further that charade, they serve beer in coffee mugs.
I kid you not.
Ted and I never got used to sipping our beer out of a large, plain white mug.
Was anyone fooled?  When we were sitting in Murphy's Irish Pub?
Anyway.  It's a unique experience for this midwestern girl.
I've been a lot of places, done a lot of things, but this month spent in a country with a Muslim majority was both instructional and oppressive.
There is no way to understand all the nuances of the Muslim religion for an outsider, so there is a constant worry that you will offend someone by doing something stupid or thoughtless- it's tiring.  Asking our Muslim friends got us only assurances that we would be forgiven because we can't be expected to know, but that doesn't really ease the tension- even though we were shown nothing but kindness the entire month.
The Muslim religion has as many crackpots as the Christians and the Jews (although I have yet to meet a Buddhist crackpot... we may have to look into that...), but aside from the ridiculous coffee mugs and economically disastrous month long closings for Indonesian business owners who sell alcohol, the crackpots were not much in evidence.
Yesterday's Facebook feed from the Pub:

Business as usual today in Murphy's - open from 11am, glasses are back and live music from 8pm tonight.

Glasses are back.  Oy vey.

Murphy's and all the other infidel liquor barns are back because this week is Idul Fitre (again- millions of spellings, pick your favorite and I'll pick mine).  This week, everyone leaves the big city for home and hearth- think of it as a week long Thanksgiving holiday.  It's a time for returning to your home kampung ([kom-poong] village - see how I worked your language lesson in?) to bring your extended family the bounty of your year away.

It's a time of massive road accidents, joy and sorrow, theft and generosity.

It's a time of constant 24 hour fireworks in celebration.

It's a time when Indonesians are all absent from the office and many of the stores and shops and services in Jakarta are closed so that people can celebrate with their families.

Next Monday, life will resume as normal.  Or as normal as it gets when you are far from home.

It's a learning experience, and it's always good to put faces and names to a dogma- it makes it much harder to generalize in a hurtful way.

But for the record, a pox on everyone, no matter what their religion, who seeks to harm anyone for having a different viewpoint.

Travel, experience, learn.  I highly recommend it, even when it's difficult.